BRINGING THE PAST BACK INTO THE PRESENT

Thanks for checking out my photo blog of the construction of Glen Canyon Dam and early Page Arizona. This site is something that I’m doing as a hobby so I don’t lose the few pictures that I have of Page in the early years. I started it on June 21, 2013. I haven’t found anything else like this on the web for documenting the early history of Page via pictures, but I don’t get out much. My family moved to Page in 1959 or 1960 from southern California and I started first grade in Mrs. Fry’s class. The high school and junior high school buildings had just been completed and the elementary school met in the old X and Y buildings. Those were on South 7th Ave (now Lake Powell BLVD), across the street from the Catholic church. You’ll see them in some of the aerial pictures that I post.

We initially lived at the airport (literally – in a trailer behind one of the hangers) because my dad was a pilot and he managed the airport when we first got there. We also lived on Cedar Street, the MCS apartments, Chapman’s trailer court (we watched The Beatles live on Ed Sullivan from here), the park ranger housing near the marina, and the on the corner of Date Street and First Ave. I’m not sure why we moved around so much. We eventually moved into the house my dad built at 25 First Avenue in my freshman or sophomore year of high school. Did I mention that we left Page for a few years and went back to southern California in 1964 or 65, returning in 1967 or 68? I was in the high school graduating class of 1973, but that’s another story for another time.

Like many others, I have a lot of memories of Page in its infancy. I watched the dam go up and the lake start to fill. I watched the population dwindle after the dam was finished and then come back when Bechtel came to town to build the power plant. My first bike, first girlfriend, first job, first bank account, first car, first home of my own, and first wife (and only wife – we’re still married) all happened there. We left Page in 1985, but have been back on a number of occasions.

I invite you to join me in this photo blog. I need more pictures – especially anything prior to 1970. if you have some that you can send me, just let me know via the Contact Me page. I’ll make sure you get full credit for anything you can let me use. If they are regular photos, I will pay postage both ways and do all the scanning.

Thanks for your interest in my blog. I would love to hear from you. You can leave a comment below.

This site uses Akismet to reduce spam. Learn how your comment data is processed.

This site is a collection of my personal image library of that time, with more being added as time allows. Take your time and look around. There are stories woven through each post and especially within other’s comments. Be sure to subscribe below so you never miss a new post. Enjoy your stay!

Buy Me a Cup of Coffee

Help me keep Mike’s Dam Photo Journal ad-free and available. Buy me a cup of coffee to help defer costs. 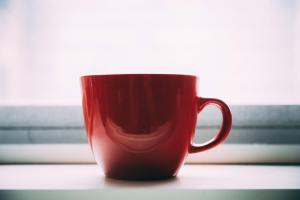